The weather may still be hot outside, but cold and flu season seems to have started here in California. The sneezes and sniffles have been going around, and this week it was my turn. Tuesday I stayed home, getting lots of rest and fluids (just like Mom taught me). The afternoon found me snuggled into the green couch from my childhood, surrounded by cats and watching The Nanny Diaries on Amazon Prime while I basted hexagons! 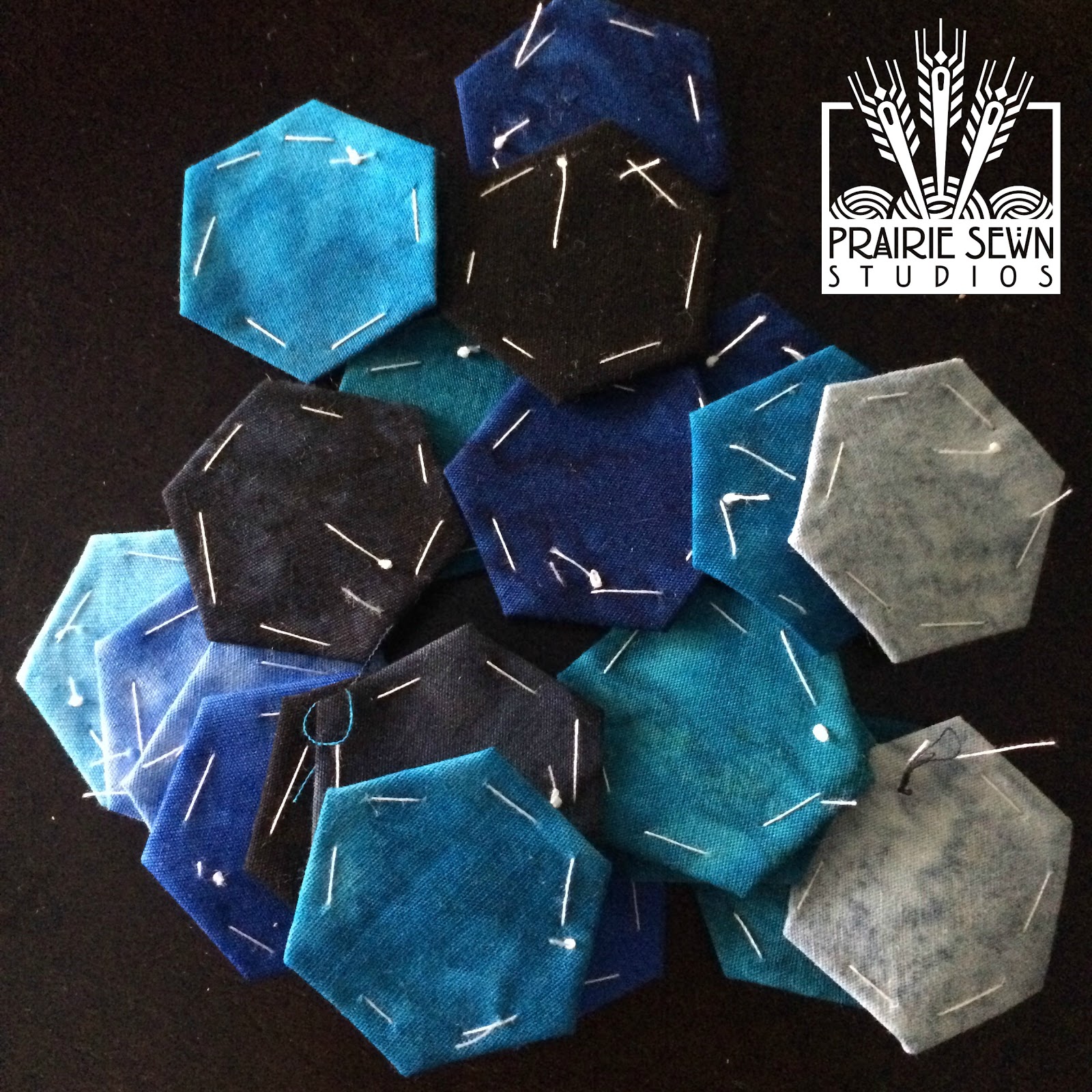 All in all I based 23 of them during the afternoon movie (and catnaps). It didn’t seem like much of an accomplishment for an entire afternoon, but then I added then I added them to the glass vase I’m storing them in. 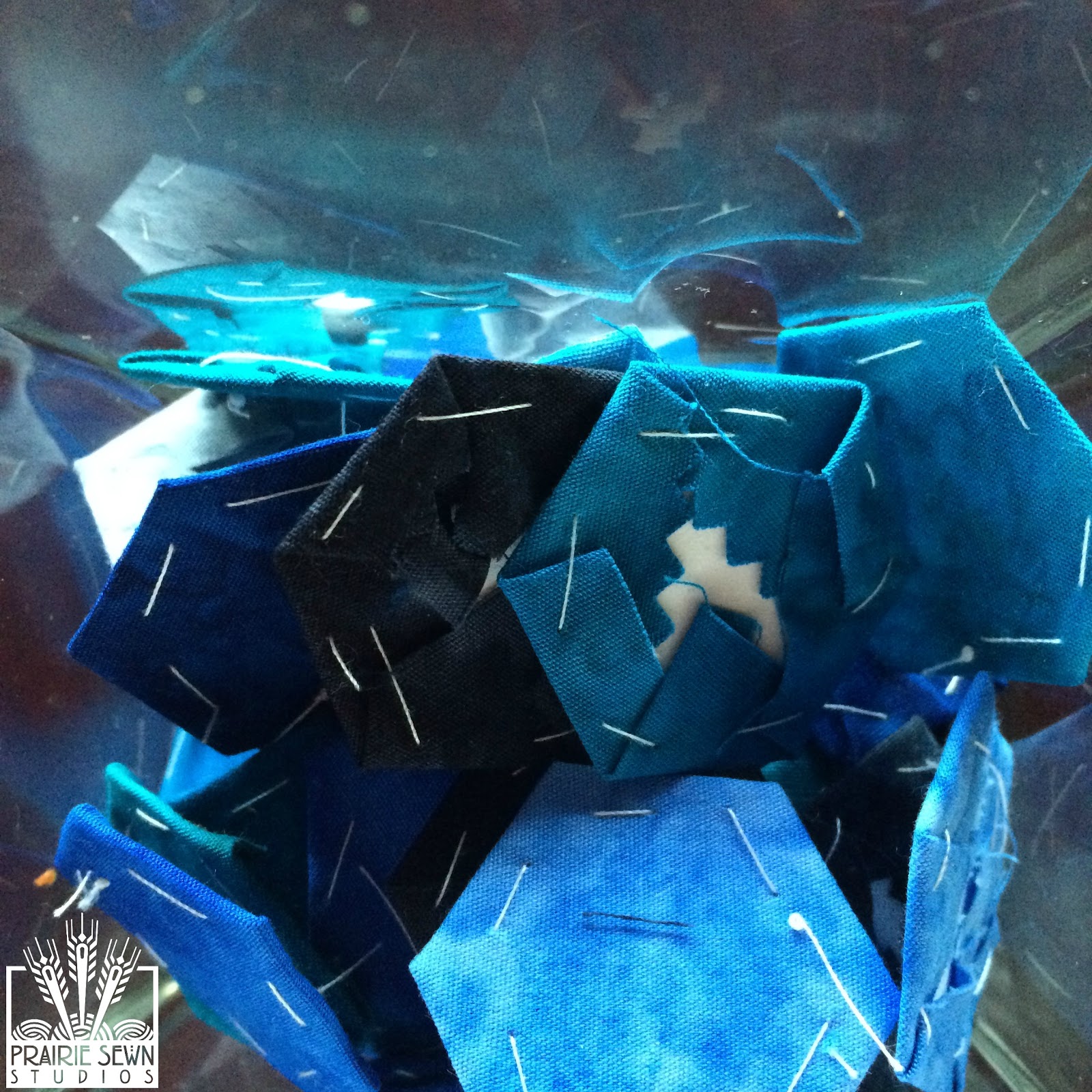 Even though I’ve mostly been basting these just a few at a time, with today’s additional 23 it was easy to see that I am indeed making progress. I looked at the pile of squares I had left (an entire charm pack of Ocean Waters Batik cut into 2″ squares) and realized that pile had shrunk, while at the same time the vase was over halfway full. 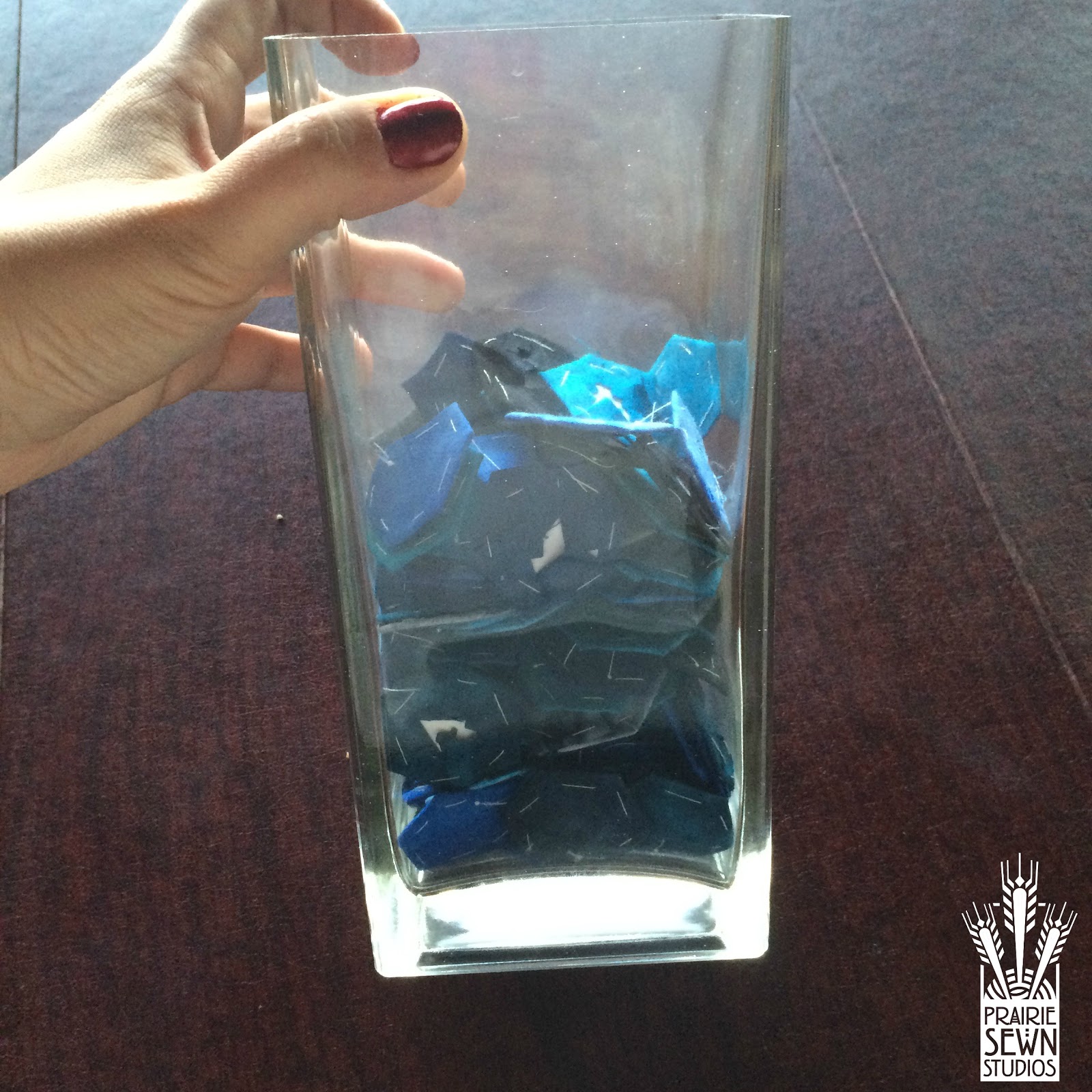 As much as I love English paper piecing, it can sometimes be hard to see the progress when you only have time to work on few pieces at a time. This was a great reminder that it’s ok if I only sew in little chunks of time, and that every stitch is a stitch in the right direction.

Linking up with Freshly Pieced, Sew Fresh Quilts and Life Under Quilts!

Don’t forget to vote in this week’s poll! 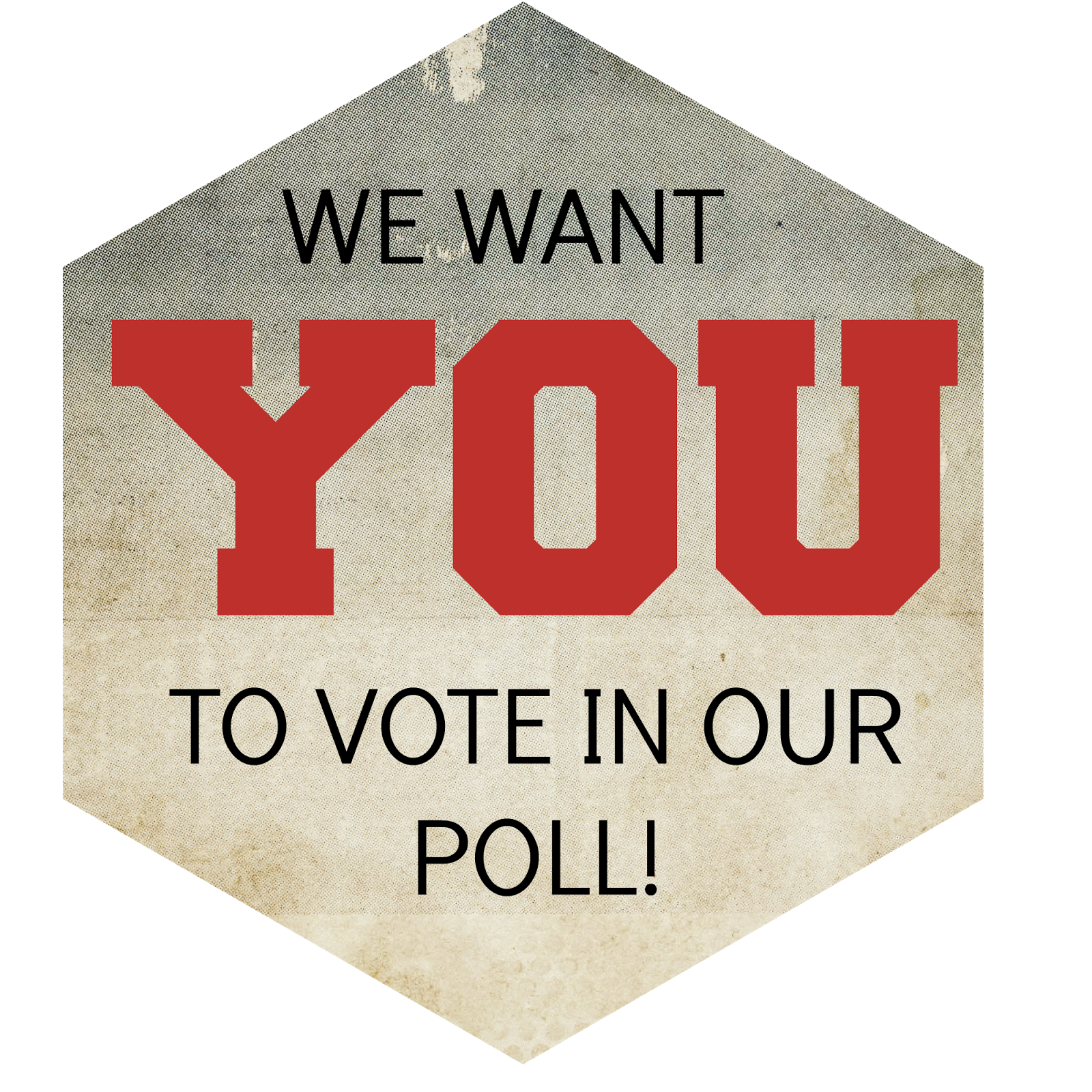