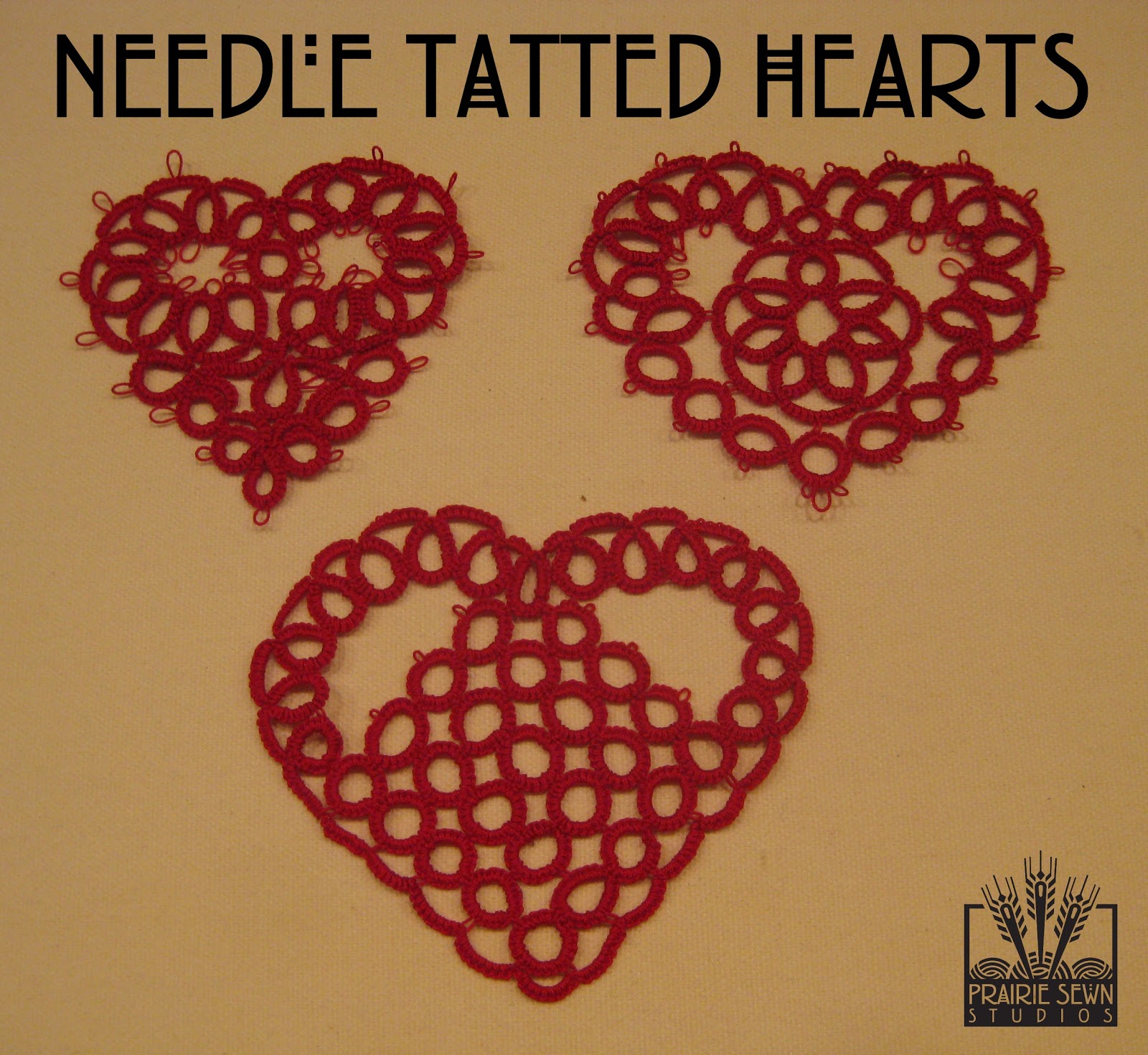 Laura and I visited the display sponsored by the Heartland Lace Guild during our trip to the Paducah AQS show in April. They also were selling tatted related items and I found this pattern “Tatted Hearts: Tatting Pattern Nos. 4-6 Using Split-Ring Technique” by Diane M. Whisnant. 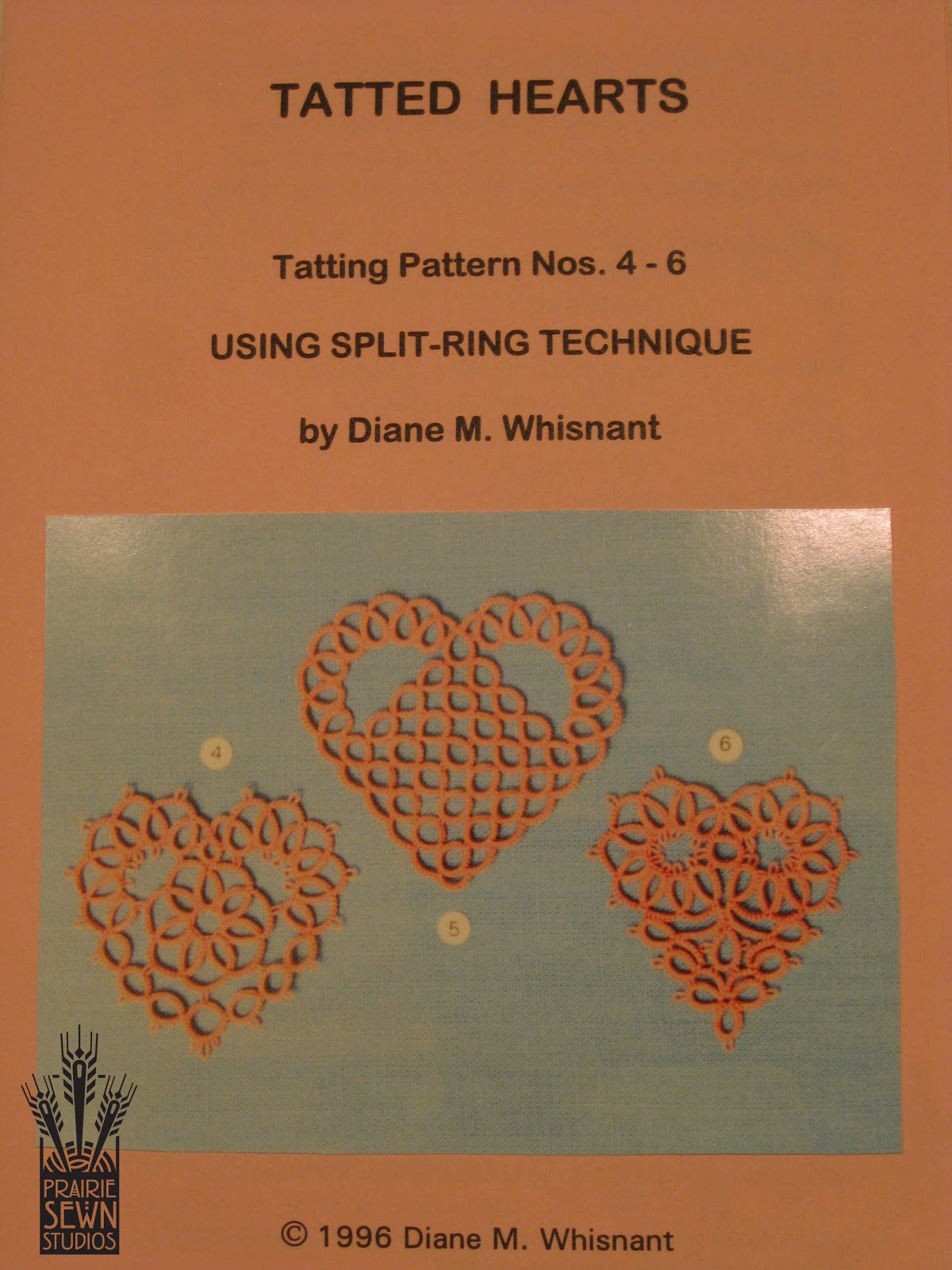 I considered these patterns a challenge because of the number of split rings used to create the design and the fact that I’m a needle tatter, not a shuttle tatter.  As usual, I was up for the challenge and was determined to successfully make these hearts.

Pattern 4, with the daisy ring in the center, was not too difficult to complete. 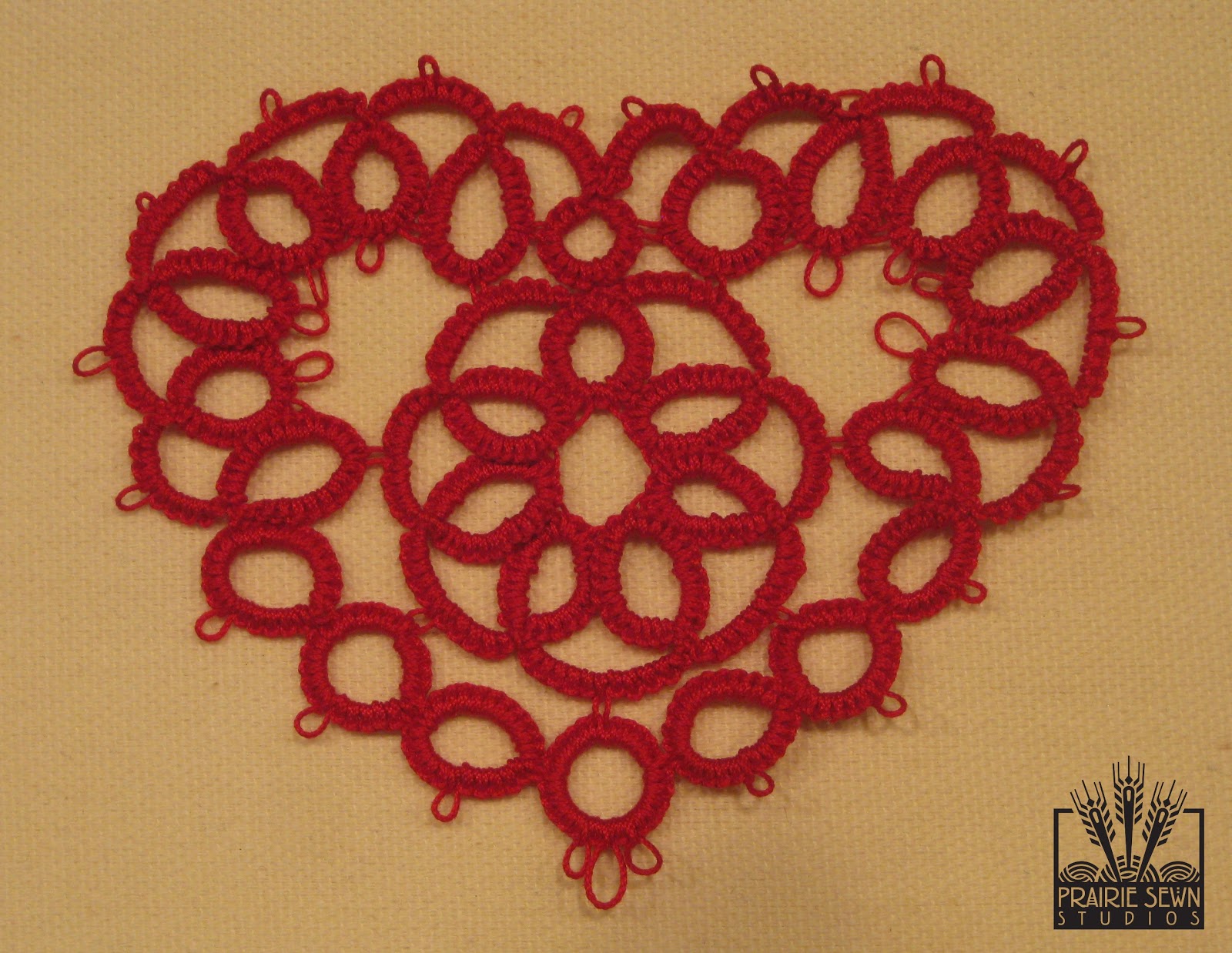 I was definitely encouraged to continue with Pattern 6. It was a bit more difficult because of the number of chains and how they tatted in the lower center of the pattern.  But I succeeded! 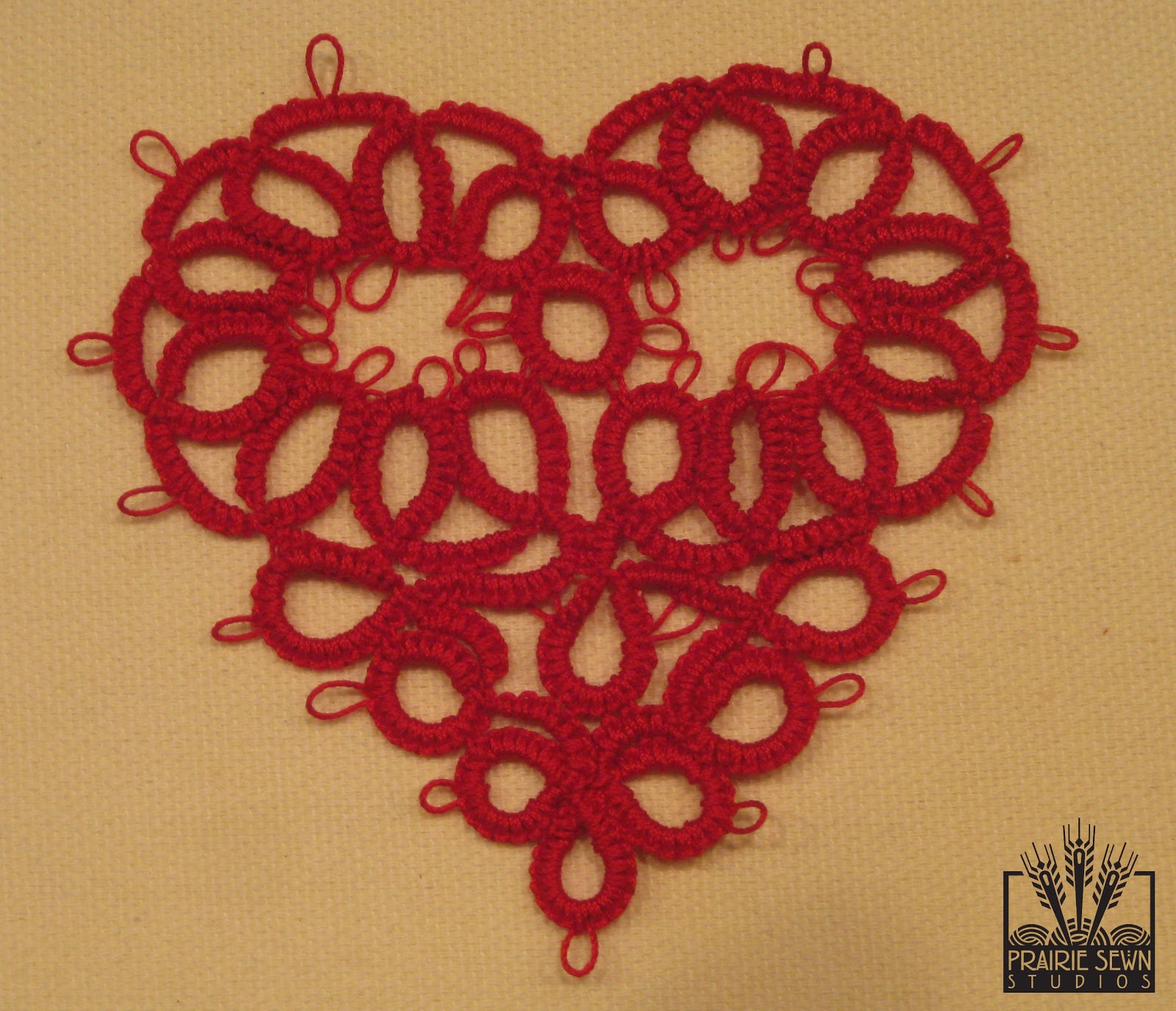 Pattern 5 became my nightmare!  There were  lots of split rings, which meant I had to unthread and thread the tatting needle to create every “circle” in the center of the design. In addition, the length of thread needed on the eye end of the needle was about 6-7 feet.  Trying to prevent tangles in the thread on the eye end and keeping the tatting in the correct position as I maneuvered through the pattern was a monumental challenge.  But I persevered and was quite pleased with the end product – all things considered.  Perhaps this pattern is a bit easier using the shuttle! 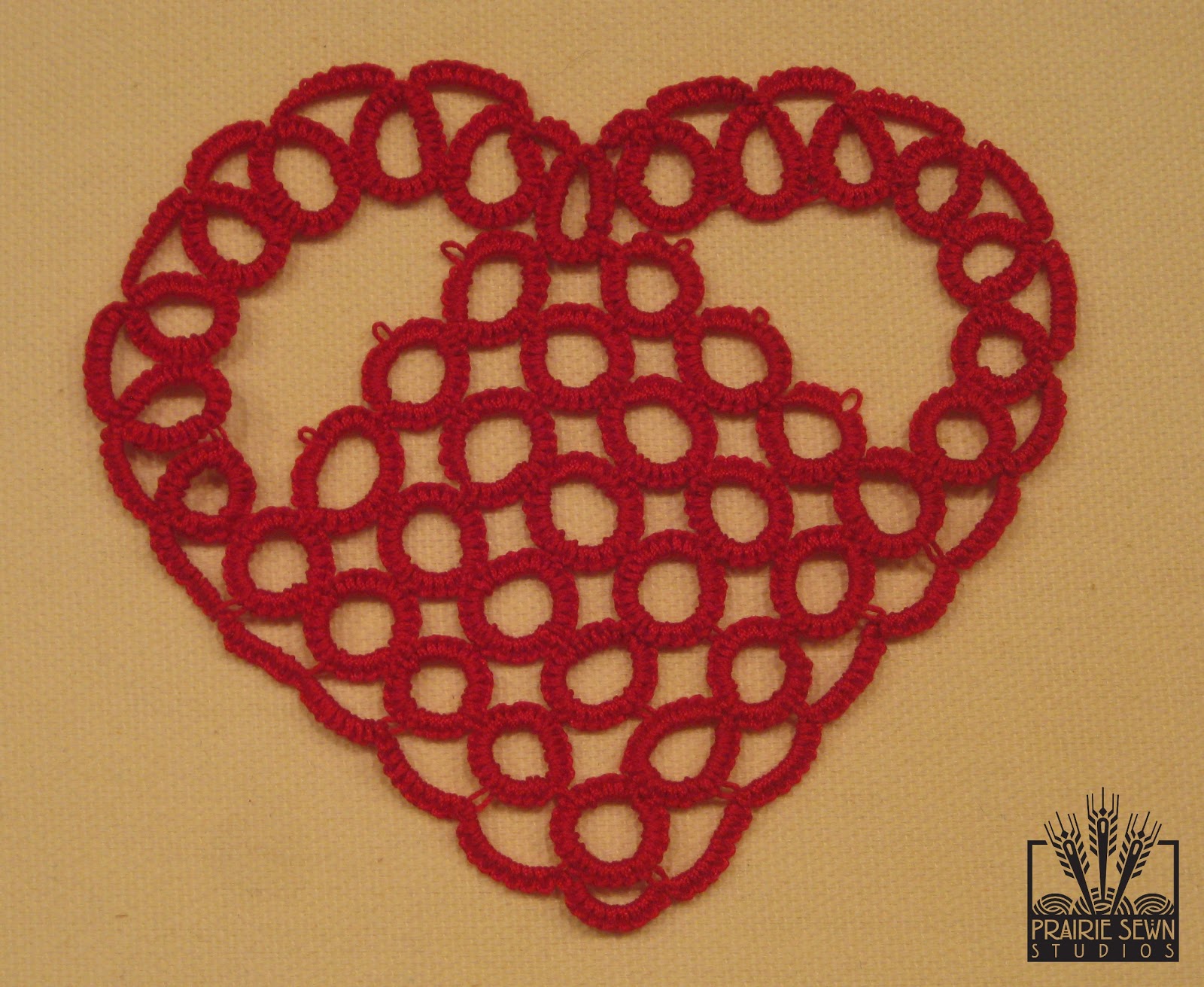 The hearts may not be perfect, but I’m pleased with them all and more importantly, I was able to read the pattern,  make these hearts using my needle, and learn more about issues with split rings and needle tatting.